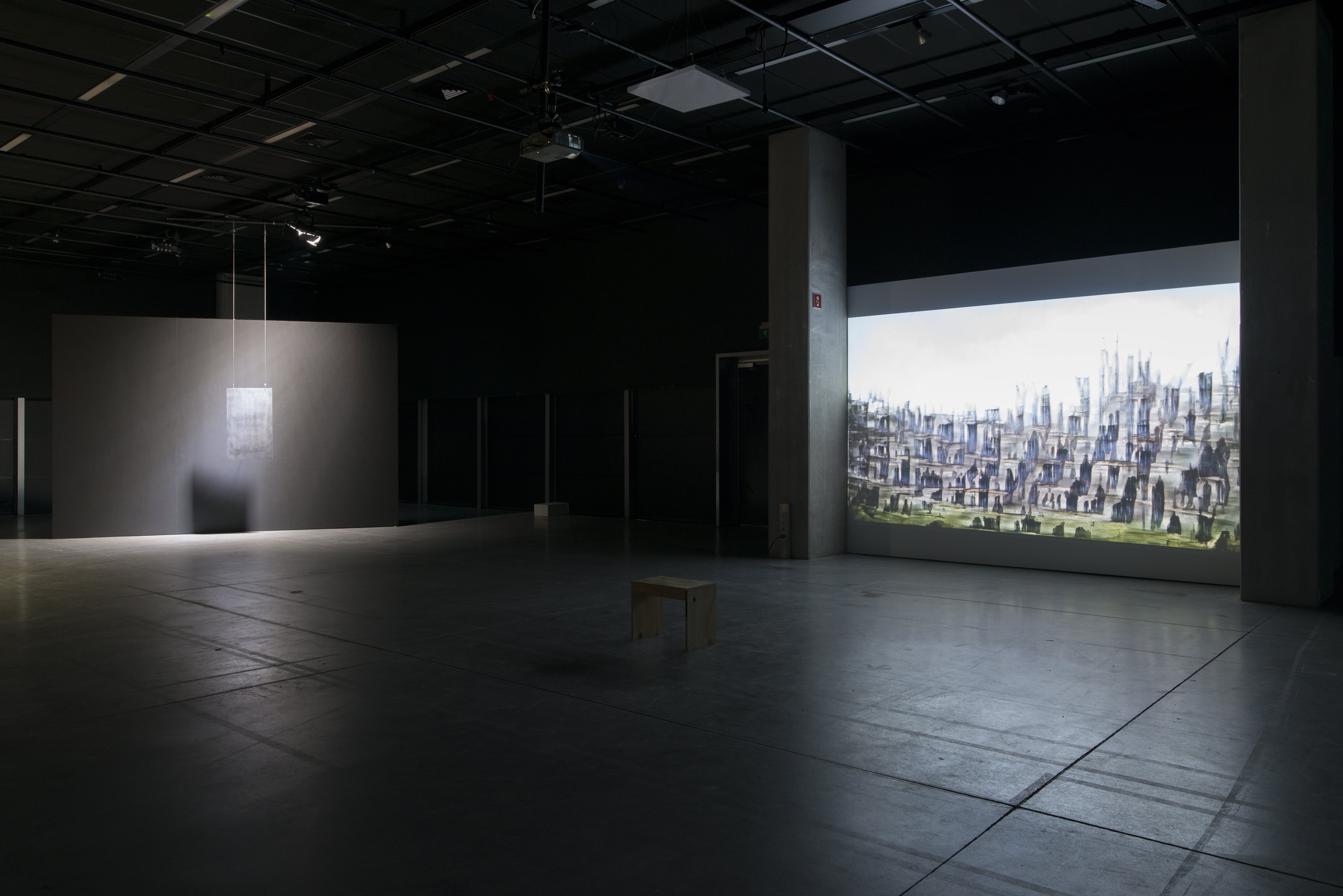 Cities are pictured in people’s mind, they are an imaginary, conceptual phenomenon. Fictional Soundscapes is a project that continously blends sounds from various cities to create new fabricated environmental sounds. Sounds from places around the world are connected to infromation of the Kaihimmakuhari Station vicinity, and while the sounds are familiar, the environmental sounds which manifest are from a city that does not actually exist. The sounds of the crowd, trams, the whispering of the sea and forests——what kind of city do you imagine from this blended, fabricated soundscape? 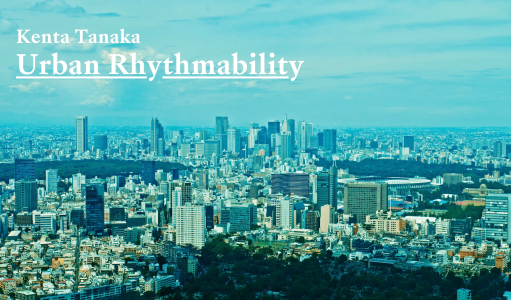 "Urban Rhythmability" is a work that explores the structural rhythmicity of the city and plays music with the rhythm of the city. The project begins by filming every aspect of the Roppongi landscape from the TOKYO CITY VIEW on the 52nd floor of Roppongi Hills Mori Tower. Using a machine learning program, it detects the movement of objects in Roppongi (people, cars, trains, traffic lights, etc.) and generates rhythms from these objects, which are then used as notes on a musical score. The rhythms, the environmental sounds collected by field recording in Roppongi, and the musical sounds are then used as equal parts to compose a piece of music that can be played by the city of Roppongi. 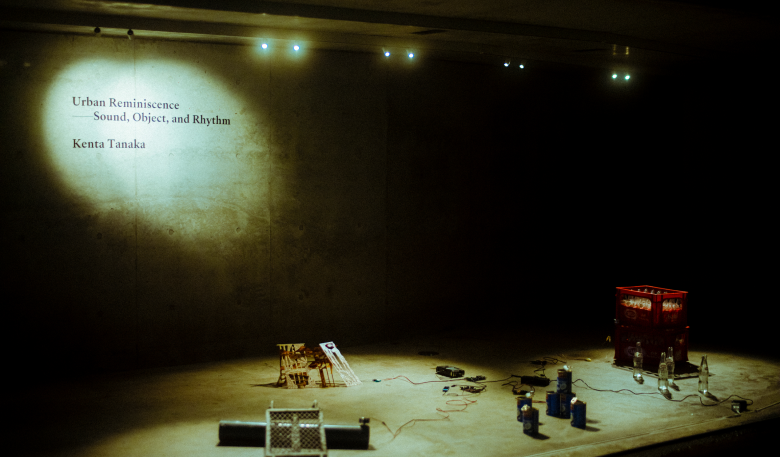 The exhibition "Urban Reminiscence - Sound, Object, and Rhythm" will be held at Sta. in Maruyamacho, Shibuya from 4-12 July 2020. The exhibition, which focuses on urban reminiscence, begins by collecting scrap wood from the city of Shibuya and making field recordings of the sounds that the scrap wood would have made. Then, by fixing these sounds to the scrap wood, the work attempts to play sounds from the urban scrap wood, and by mixing multiple environmental sounds, recollect the memory of a city in a state of rapid change. The distorted materiality of the materials used in the urban space was exploited to explore the reminiscent aspect of a soundscape The exhibition space was open to the public, allowing visitors to listen to the environmental sounds of Shibuya in real-time and in the past in parallel. 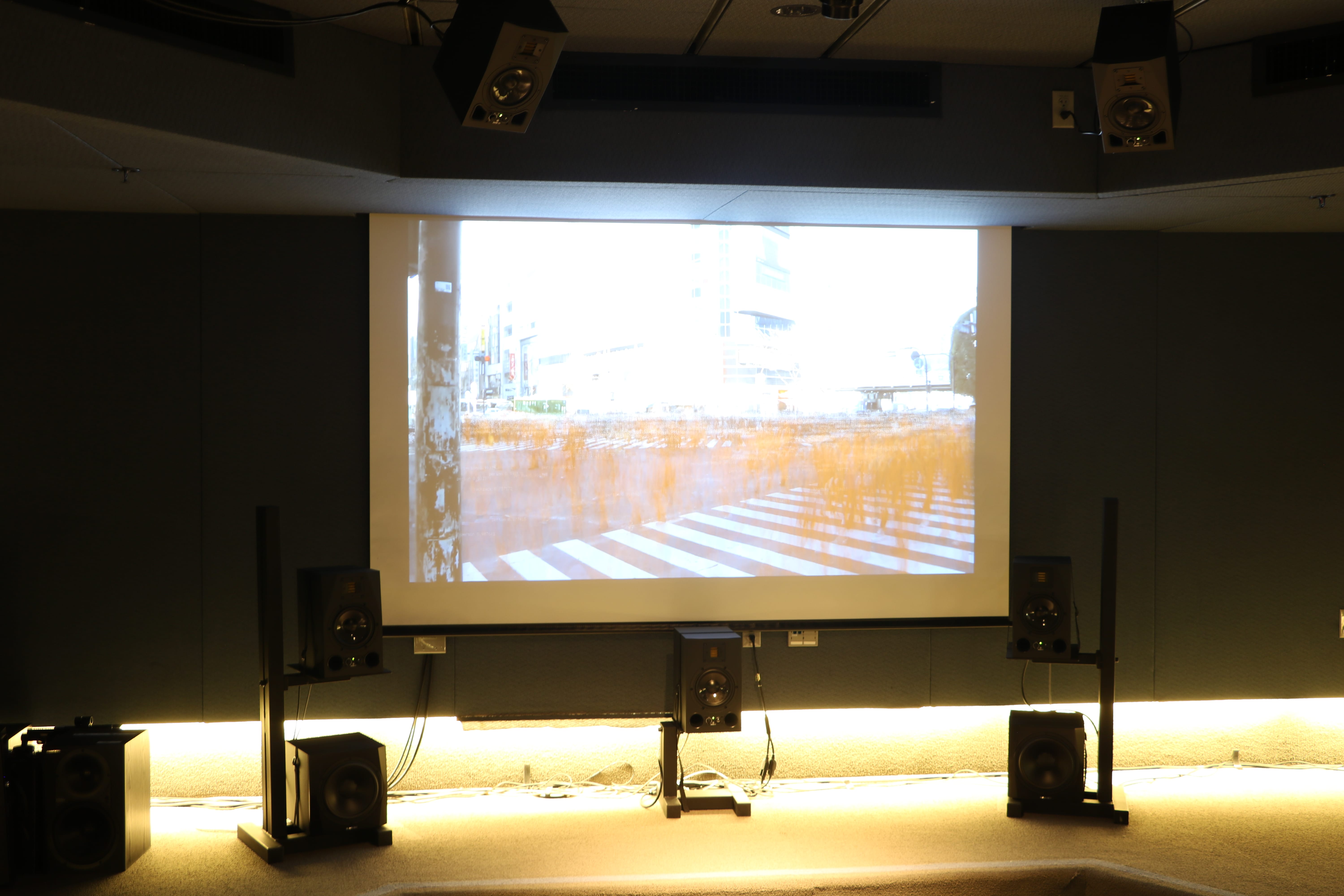 This project aims to explore the possibilities of “urban compositions” by means of mashing up urban landscapes through the algorithmic sonication process using object detection software. As the modern city has various elements (e.g. nature, buildings, and human activities), by generating sounds through the eyes of machines, we aim to aurally re-represent alternative cityscapes. Our question is how unique sounds and spaces would be created by applying urban complexity in the field of audiovisual composition.